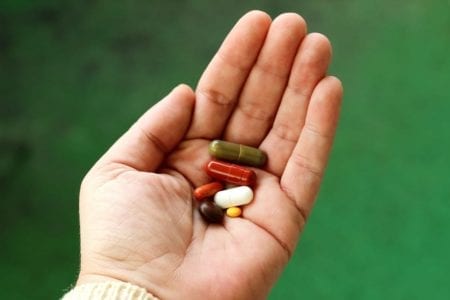 Almost all of us have used antibiotics at least once and have undergone antibiotic therapy. Antibiotics are drugs that are unfortunately prescribed massively, without the need to maintain the procedure for checking the underlying disease, for example in the case of diseases with a viral background, although it is recommended to use them in exceptional situations and only in the case of infections caused by bacteria. The antibiotic should be the final option. Antibiotics are drugs that destroy the entire bacterial flora, unfortunately also the good one.

Rebuilding flora can last for months, and often take several antibiotics over the years, which significantly weakens the body’s functioning. How to take care of the intestines, bacterial flora – and what, then, is the strengthening of immunity after antibiotic therapy?

Include probiotics and prebiotics in the diet

Probiotics are orally selected bacterial cultures – usually lactic acid bacteria (of the genus Lactobacillus) or yeast (Saccharomyces boulardii), whose task is beneficial for health action in the digestive tract, through immunomodulation and preservation of the correct bacterial flora (microbiota). They can be delivered to the body both by food (which is definitely a better solution) and as a dietary supplement. Prebiotic is a substance present or introduced into food in order to stimulate the development of normal bacterial flora, thus improving health. The prebiotic can be a natural component of the diet, e.g. the soluble fiber fraction or health-related dietary supplements. In contrast to the probiotic, it does not contain any microorganisms, but only stimulants. In the case of probiotic supplements, it is good to know and then recognize the probiotic; some products are advertised as “containing millions of good bacteria”, but in reality they are not probiotic at all.

For a given product to be considered a probiotic, the package must contain information on the type, species and strain. This means that even if the food contains lactic acid bacteria, it does not have to be a probiotic if the next indicated elements do not appear next to the name Lactobacillus. Probiotics support the immune system, promote the treatment of diarrhea, protect against the development of allergies and support the synthesis of vitamins in the body. These valuable bacteria you will find, among others in silage, for example in cabbage and pickled cucumbers. When buying, pay attention to whether the pickled product is made in accordance with generally accepted honest methods of production – e.g. is it not thermized (treated with temperature, in order to increase the shelf life – usually such a product is placed in a welded bag) or, e.g. does not contain preservatives, added also to prolong the shelf life – such a product does not contain probiotics, or they are traces. It is also worth to consume natural yogurts and kefir (although here one should read the packaging, because not all are probiotic!), Beetroot sourdough and pharmacy supplements (contain a concentrated dose of bacteria that can be delivered to the body in parallel with the antibiotic – so the body will not feel that way very shortages).

It is not without reason that grandmothers always encourage to consume broth during the disease. People’s ways often have their justification, although we forget about them through constant access to medicines. The broth boiled on the bones contains glutamic acid, an amino acid that supports the functioning of the digestive system – on the one hand, it accelerates intestinal regeneration, on the other it prevents further damage. In addition, the broth with the addition of meat also contains another amino acid (sulfuric) – cysteine, which eliminates inflammation in the body.

Pharmacotherapy is an additional burden for the liver, so it is worth supporting her diet work. Consume products rich in garlic and onions, avocados, artichokes, spinach, eat lots of apples, cruciferous vegetables (broccoli, brussel sprouts, horseradish, cabbage, rape, kale), beets, radish, carrots, grapefruit and lemon. The diet is worth introducing chicory, stimulating the liver to increase the secretion of bile, as well as neutralize unnecessary metabolic products. Also include the milk thistle (it should be freshly ground), fennel, tea from the purge, tea with dandelion. Add spice to the dishes that support the liver; here, first of all turmeric, ginger, cardamom and cinnamon will work.

It is worth knowing that antibiotics should not be supplemented with B vitamins, because they provide additional medium for bacteria, so that the “fight” with microorganisms may take longer. During illness and antibiotic therapy, it is advisable to consume large doses of vitamin C (even above 50 g per day, but not in a single dose, only spread over several doses throughout the day – preferably accompanied by freshly squeezed citrus juices), you can also supplement vitamin D3. After completing the disease and taking antibiotics, you can supplement the B vitamins.

Eliminate sweets from the diet

Sugar promotes the growth of bacteria, and when there are no good, helpful microorganisms in the intestines, it is easier to develop mycoses, such as the overgrowth of Candida albicans. For a few months after antibiotics, it’s best to make fasts and not eat sweets, or at least eat them once in a while, not every day. Instead, add to the diet a lot of vegetables and fruits (vegetables in the vast majority) and complex carbohydrates (groats – for example, millet, buckwheat and unroasted rice, as well as brown rice – will work fine here).

Drink a lot of water

Irrigation of the body is crucial not only during the illness but also directly after it. Thanks to the water, the body is faster able to rinse toxins and cleanse itself, which in turn promotes the multiplication of good bacteria. You can drink clean water (not necessarily spring or mineral), possibly with the addition of lemon or mint. Do not reach for sweet, fizzy drinks – they are also rich in sugar, which can promote the formation of ringworm. If you like tea, use for example mint and chamomile, which soothe digestion. Optimal hydration can be obtained by drinking about 120-150 ml of water every hour, compote without added sugar or other drink. Drinks should not be too sweet or diuretic. Another method is hydration by eating hypertonic, hypotonic and isotonic. We hydrate the body effectively by drinking water with a pinch of valuable salt (a glass of water plus a pinch of salt, e.g. Himalayan, Celtic, marine or stone). This drunk solution retains water in the body, hydrating it.

To strengthen the immunity worth reaching for products rich in omega-3 fatty acids, that is to oily, marine fish (salmon, herrings, mackerel, sardines), seafood, spirulina, but also for flax seed and cold pressed linseed oil. You can also supplement with good quality omega-3 supplements. Change the ratio between omega-3 and omega-6 in favor of the former – the excess of the latter is quite popular in our diet, but unfortunately promotes the formation of inflammation.