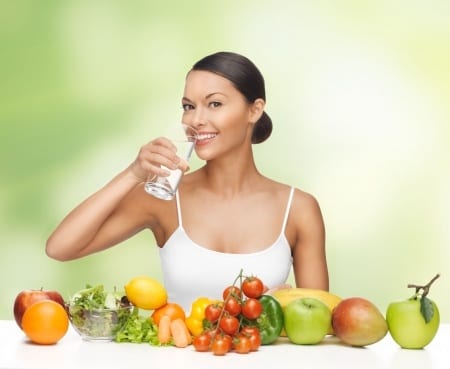 People who consume vegetables are actually much healthier than the non-vegans. But in a latest study researchers have found that individuals who strictly follow vegetable diets sometimes lack essential nutritional elements that are responsible for overall health benefits. It was found during this ongoing research that many vegans missed out proteins as a part of their vital dietary elements along with insufficient intake of nuts, fruits and berries combined with increasing reliance on supplements and fortified food products.

The sole objective of this research is to educate vegans regarding potential deficiencies of nutritions in their daily vegetable diets. Researchers are of the opinion that once people become much careful and consistent about their overall food diets, they can develop sound health and mind. They need to identify the loophole when it comes to selection of vegetables and other nutritional supplements for compensating the loss of vital elements inside their body. According to researchers, the trend of missing out important nutritional elements is pretty common in Western countries where people observe uniform vegetable regimen.

An experiment was conducted for gaining more prominent report on this trend. For this purposes twenty two vegans who have been maintaining strict diets for the past eight years and nineteen non vegans of similar age were hired by the researchers. Then they proceed to conduct thorough comparison of their dietary records that comprise of measurement of the samples of urine, plasma and blood for obtaining detail health report. It was found in the experiment that there is a sharp variation in consumption of nutritions based substances among vegans because of inconsistence in selection of supplements and food items. It was found that the consumption of vitamin D and B12 was much lower among the vegans in comparison to those who consume non vegetarian items. Even a sharp difference was noticed among those who are vegans. It was strikingly evident as only 91% vegans consume the supplements of B12 and whereas only 77% rely on nutritious supplements of vitamin D and the remaining only confined to taking fortified calcium beverages.

The experiment further revealed that only twenty four percent vegan participants had lower concentration of nutritious vitamin D along with that of non vegetarian counterparts of six percent. It was also reported that majority of the vegans had insufficient intakes of fatty acids, iodine, selenium and beta carotene that are essential for solid health mechanism. Overall research has given positive report on the health conditions of vegans unlike that of non vegan. For reaping long term health benefits, the vegans must now on including nutritions vegetables that contain higher levels of mineral and vitamin elements. In this way they will become less vulnerable to diseases and can enjoy life to the fullest extent with sound mind. They must consult a dietician to ensure that they do not misses out any vital nutritions elements for that may slightly affect health conditions in long run.