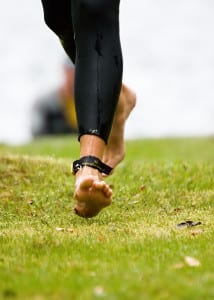 The topic of barefoot running has emerged quite recently, which is why it has been the centre of debate regarding its merits and demerits. In fact, it has created such stir those new products that support barefoot running in some or the other manner release in the market at regular intervals. Chiropractors are related to the field of body-mechanics in a way and are thus asked about their opinion by numerous patients.

Discussion on barefoot running cannot proceed without keen observation of human body, especially the feet. Feet are designed to bear and carry human body efficiently. That human offspring start to walk within a couple of years of their conception is evidence of the efficiency of walking mechanism in humans. Feet are the vital body-parts that support walking-mechanism. Thus, such changes that can adversely affect feet should not be introduced into lifestyle, lest there will be trouble in walking. Biomechanics of barefoot running is questionable. However, proponents argue that ancestors of modern humans walked on Earth barefoot. Therefore, it is the natural way of walking and can counter the side-effects of modern walking assistances.

The argument may seem considerable on the face of it but it has a major flaw. While it considers walking-style of ancient men, it does not acknowledge that modern thoroughfares are made of asphalt and concrete, which did not exist in the ancient age. Moreover, the age of walkers and runners of then and now cannot be compared. It is almost impossible to ascertain how much ancient ran and how much they walked, since what age running was reduced to only walking, etc.

Nonetheless, argument behind barefoot running cannot be shrugged off. According to a study that was conducted by a professor of Harvard in 2010, foot strike in barefoot runners minimised the shock on their feet in comparison to shoe-wearing runners. The study was conducted on Americans who always ran while wearing shoes and on Kenyans who never used shoes. The Americans were made to run barefoot while Kenyans were made to wear shoes. It was revealed that barefoot runners tend to land with pointed toes instead of heals. Thus, repetitive stress is reduced and they even require lesser energy than shoe-wearing runners to cover equal distance. However, another study countered it when all 36 runners in the latter study did not show signs of any pre-existing injury related to shoes.

The fact may be revealed in future. Until then, consultation with chiropractor on the subject is recommended.