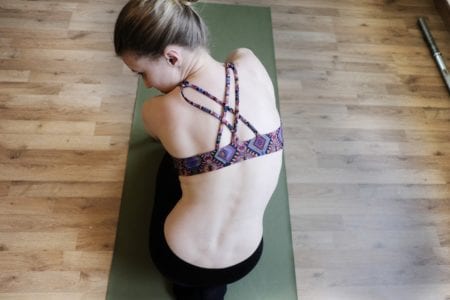 Osteochondrosis, sciatica, spinal disc herniation – all this can be avoided with the right attitude to the spine.

These tips for each day will be useful not only for simple, relatively healthy, average citizens, but also for people with congenital diseases of the spine, as well as for those whose back is damaged by injuries or excessive physical exertion.

The chair and armchair should be such that on its back it is possible to rely reliably and steadily on both the shoulder blades and the lumbar region of the back, with the feet firmly resting on the floor and the knees at the same height with the hips.

It is not recommended for long (more than an hour) to be in the same sitting position. The pose should be changed as often as possible, varying the burden on the back.

To avoid damage or injury to the lumbar spine, avoid sharp turns of the upper part of the body in the sitting position, turning better by the whole body.

In most cases, the mattress should be orthopedic, of medium rigidity, so that the body does not sag, like in a hammock, but at the same time repeats the contours of both the spine and back in general.

Under your head instead of a voluminous and fluffy pillow, place a small cushion to maintain the natural curvature of the spine.

Do not sleep on your stomach, because in this position, the load on the lumbar spine increases significantly. It is best to lie on your back or side.

In the morning, after awakening, before getting out of bed, let the spine wake up. Do a small complex of simple physical exercises: stretch, turn your hands and feet and only then rise to meet the new day.

With a long standing in one place, if possible, put one leg on a small elevation so that one leg is straight and the other leg is bent. Periodically change the position of the legs.

In cases where it is impossible to place the feet at different levels, as described above, it is possible to ease the burden on the spine by slightly bending the legs in the knees and thus shifting part of the load from the muscles of the lower back to the quadriceps muscles of the legs.

When lifting weights, reach the lying weight not by flexing your back, but by flexing your legs in the knee joints (squats). Holding the lifted object and keeping the back straight and straight, lift the load using the muscles of the legs.

It is strictly forbidden to do inclines forward with a bent back – do this with a flat back, without bending the spine.

Never lift a heavy load above the chest level.

Avoid too sudden movements with a load in your hands. When carrying heavy loads, push the load as close as possible to the body.

Moving with a load in your hands, bend your legs slightly in the knee joints

Stand at the wall or sit on a chair in such a way that the shoulders and buttocks touch the wall or the surface of the chair back.

Remember this posture, because it is the only correct posture for the spine and back in general. Play it from memory throughout the day.

Relaxation of the back

With pain or with a feeling of fatigue in the back, as soon as possible, lie down on the floor, bend your knees and put them on a chair.

Hips in the hip joint should be bent at the hip joint at an angle of 90 degrees to the line of the back, and the shin, in turn, is at right angles to the hips.

In a few minutes the muscles of the back relax and rest, which means that the spine will rest.