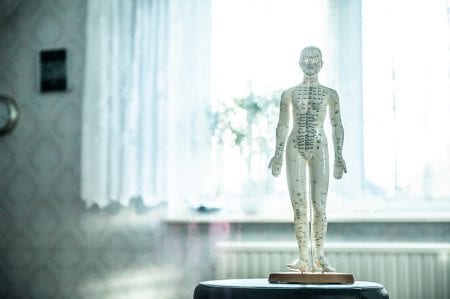 Can acupuncture solve health problems? There are three possible answers to this question: yes, no, can not, maybe, but not very serious. Popular practice from the field of alternative medicine promises to cope if not with everyone, then with many illnesses. And in Chinese medicine, this approach to treatment is generally used along with the traditional one. Does this mean acupuncture does work? Let’s understand.

Live Science reports two new studies on the effectiveness of acupuncture, which show mixed results. One of them found that women suffering from urinary incontinence under stress (this occurs when they sneeze, cough, laugh or engage in sports) can benefit from acupuncture. While another study has shown that acupuncture does not increase the chances of women with infertility for the birth of a child.

Both studies were conducted in China at about the same time, and their results, published in the journal JAMA, confirmed the already existing scientific belief that acupuncture should not be used everywhere and not always.

Previous studies on acupuncture have suggested that the benefits of the technique are generally limited by the subjectivity of the results. In other words, the positive expectations of patients and their assurance that everything will turn out can already contribute to improvement. But the two studies that are under discussion use strictly scientific methods to test the effects of acupuncture.

In the first study, scientists assigned 504 randomly selected women with stress incontinence or “electroacupuncture” (acupuncture + electrostimulation) or “false electroacupuncture.” In the first case, the patients were treated according to the rules, taking into account the traditional points of acupuncture, whereas in the second case treatment was performed without the use of electric current, and the points were chosen randomly. All women were treated three times a week for six weeks.

In the final study, women in the first group of improvements were obvious, unlike women from the second group. This suggests that for people with a similar problem acupuncture can indeed be a reasonable complement to other treatments. However, even then, do not forget about the effect of placebo, which scientists believe to a greater or lesser extent, but always contributes to the effectiveness of acupuncture.

During a study that was conducted between 2012 and 2015, they were pregnant and gave birth to about 200 women from the sample. As expected, women who received the drug shown by the doctor had a higher chance of becoming pregnant, compared with those who received the placebo (29% vs. 15%). At the same time, acupuncture was not associated with an increase in fertility compared with fictitious acupuncture, regardless of whether it was shown with or without clomiphene.