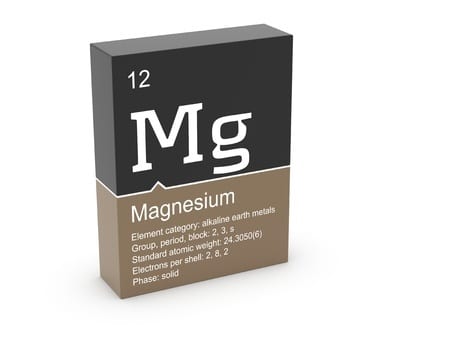 Magnesium is a very significant mineral crucial for vital bodily functions. However, many people tend to overlook the needs of magnesium consumption. According to some estimates, majority or 80% of Americans aren’t consuming enough of magnesium. One of the most essential nutrients, magnesium helps in maintaining nerve function, heart rhythm and normal muscle. It gives a much desirable boost to immune system and lowers inflammation. Over 300 biochemical reactions taking place inside a human body requires the nutrient. It also regulates the blood sugar levels of a person. In the company of Vitamin D, it plays an almost decisive role to prevent osteoporosis.

A human body isn’t capable enough to produce magnesium all by itself. Consequently, it relies entirely upon the dietary intake for maintaining sufficient levels. Spinach, Swiss Chard and Broccoli are some of the leafy green veggies rich in magnesium content. Almonds, pumpkin seeds, sunflower seeds and cashews will also do the needful. Some of the other rich sources include fishes such as mackerel and halibut. Those who are vegetarians may consume dairy products such as Greek Yoghurt. Each container offers a minimum of 19 milligrams magnesium.

There are some doctors including chiropractic specialists observing the lack of magnesium in patients. Some medical experts suggest increased intake of magnesium through diet choices. They can also recommend the intake of a supplement parallel through skin or oral sources. One may come across different magnesium supplements ending with ‘ate’ in their names. It includes magnesium threonate, magnesium malate, magnesium glycinate, and magnesium citrate. There is also something called magnesium dimalate responsible for gradual release technology. It means a much better but limited absorption against side effects such as diarrhea or loose stool.

Magnesium is cost effective, well tolerated and secure tonic for the healthier lot. On the other hand, people with chronic failure need to consult their physicians prior to consumption of any supplement. Patients may consider taking up to 3 mg as per pound doze. Both males and females under acute stress, the dozes should be increased to 5 mg per pound. Female patients should have 400mg as average doze for each day. For the male patients, it is 500mg on daily basis.

One of the supplements could be taking a bath from a single cup of the Epsom salts. It is also referred as magnesium sulfate which should be consumed at least once or more every week. This is helpful to a great deal in relieving anxiety levels and cramps. According to some medical experts, majority of their patients have experienced an improvement in health and overall well being after increasing the consumption of magnesium. People shouldn’t thick twice in this context as consumption of magnesium will also improve quality of life. However, a patient must for doctor consultation prior to adopting this step.