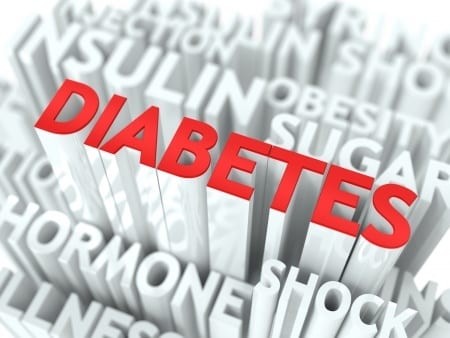 Most people think of chiropractors as limited to helping in musculusskeletal issues of the body, but they are actually sometimes capable of affecting a much wider spectrum of ailments. One of these very large disease states where they may play a role is type II diabetes, also known as diabetes mellitus. A growing body of research suggests that chiropractic care may have a positive effect on outcomes for patients suffering from the metabolic disease. Given the very high prevalence of diabetes and increasing incidence, especially in the Western world, the potential for improved care can have a dramatic effect on the overall health and wellness of the population.

A study published in the Journal of Vertebral Subluxation Research suggests chiropractic has a role as an integrative effort in controlling the disease along with more traditional measures. Part of this can be achieved by nutritional and exercise guidance that a chiropractor may be qualified to give. One case study even showed a patient had been sensitivity to insulin and even perhaps did not need to take his prescribed insulin anymore according to his medical doctor. While a case report is not enough to make general treatment decisions on, it is an interesting possibility that could be studied more down the road.

There are also so nervous system issues in diabetes that may be helped with chiropractic care. Since neuropathic changes are fairly common in the disease, especially as it progresses and patients have a hard time feeling things with their extremities (e.g. diabetic foot), chiropractors may be able to help stave off further damage. Their training in alignments of the spinal cord and keeping the nervous system healthy through ergonomics and other procedures can be of great utility here. Some research has even gone as far as to suggest that diabetes may in some cases be a result of nervous system changes in the body. Researchers in Canada have found some promising signs in that regard and are optimistic at what chiropractors can do for patients. Early studies in mice have shown some amazing results including even potential reversal of the disease in certain mice. More human studies are still needed.

While we are still far from a bulletproof solution or cure for diabetes, it appears that chiropractors can have a meaningful and important role in helping a patient achieve optimal outcomes and live their lives to the longest and fullest possible. More research in the area is needed to solidify preliminary findings, but the possibilities are exciting and give diabetic patients another glimmer of hope as they continue to fight the disease which takes so many lives every year. In a disease that is so complex and involves so many different parts of the body and affects so many internal systems (hormones, nerves, musculoskeletal etc.), it makes sense that a number of specialists in different areas may help in management. A chiropractor is possibly one of many others who would serve a patient well including medical doctors, pharmacists, nurses, physical therapists, nutritionists, etc.