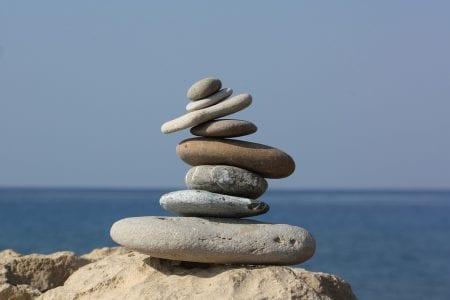 From time immemorial, people believed in the magical abilities of stones. Of them, protective amulets were made, with their help expelled evil spirits, treated infertility, rescued from fever. What is this: the power of suggestion or stones are really wonderful healers?

Can the stones be treated?

Undoubtedly, they can be sure, they are specialists who are engaged in a detailed study of the healing properties of stones. On the wonderful abilities of minerals, Aristotle, Theophastus, Hippocrates, Paracelsus, Avicenna wrote in their writings. Pliny, for example, recommended rubbing medicines in mortars from Sicilian agate, as this mineral enhances the useful properties of plants and is indispensable in the bites of spiders and scorpions. Dioscurite in his works collected a lot of information about the healing properties of stones, especially malachite, lapis lazuli, jade and amber. And Nicholas Copernicus developed medicines, which included powders of ground stones. The tradition of using precious and semiprecious stones to treat a person is still alive today.

Ways of influence of stones

Trying to uncover the secret of the effectiveness of crystal healing, modern scientists carefully studied the properties of stones and came to the conclusion that it is possible to influence minerals on several levels: energy, psychological and chemical. 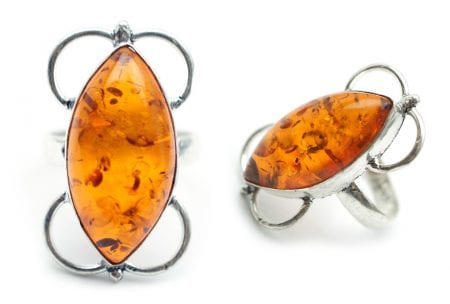 Energy level. Every living being, whether it be a plant, an animal, a person or a stone, has its own energy vibration. Measuring it with the help of special devices, scientists came to the conclusion that in the human body each internal organ has its own frequency of oscillations. During illness, stress, a weakened state, energy vibrations are distorted, blocked, subsided. They are restored by precious and semiprecious stones, which, like the tuners, restore the sound of an upset “instrument” by tuning it to the desired energy wave.

Psychological level. Huge impact on the human body has the color of the mineral. This is due to the length of the color wave, which catches the human eye and sends it to the brain through nerve impulses. Depending on the wavelength, the effect on the psyche of each stone has its own. So, putting on an amber bracelet, we, without knowing it, are loaded with optimism and vitality, which carries a yellow color. White stones block inflammatory processes, trigger the purification of the body; red excites the nervous system, increases sexuality, increases blood circulation; blue, on the contrary, soothe, relieve muscle tension, clarify thinking, normalize the work of the heart; greens return self-confidence, relieve stress, fatigue.

The chemical level. Of great importance is the mineral composition of the stone, which largely depends on its age, region of origin, climate, influence of magnetic poles, soil composition. That is why stones of one group can give different therapeutic effect.

The selection of minerals should be handled only by a professional lithotherapist. Street traders with semiprecious stones, sellers in jewelry boutiques, as well as authors of brochures on lithotherapy are bad advisors, because they have only a superficial idea of ​​stone treatment. Often they do not know that only untreated stones possess healing properties, in which the integrity of the crystal lattice is preserved. They do not know that a stone like a sponge first absorbs, and then gives information about its surrounding reality. And it’s good if the mineral grew in a relatively prosperous region, but if it was brought from Afghanistan, where blood flowed for centuries, Iraq or any other “hot spot” of the planet? According to lithotherapists, such stones are not only incapable of curing a person, but can further upset his health.

What problems does lithotherapy solve?

Crystal healing (Lithotherapy) perfectly copes with chronic diseases, and also serves as a method of preventing various deviations. Properly selected minerals are able to restore the overall energy potential of the body, start the processes of renewing all organs and systems, improve immunity, improve the functioning of the cardiovascular system, respiratory system, gastrointestinal tract, endocrine and nervous systems.

Treatment with stones does not have strict contraindications. Minerals can be used both for the treatment of adults, and for children, as well as for the elderly. It is acceptable to use lithotherapy during pregnancy, as well as during the postpartum period. The only thing against which doctors warn against is against the treatment of stones with acute conditions, oncological diseases, mental disorders, as well as diseases requiring surgical intervention.