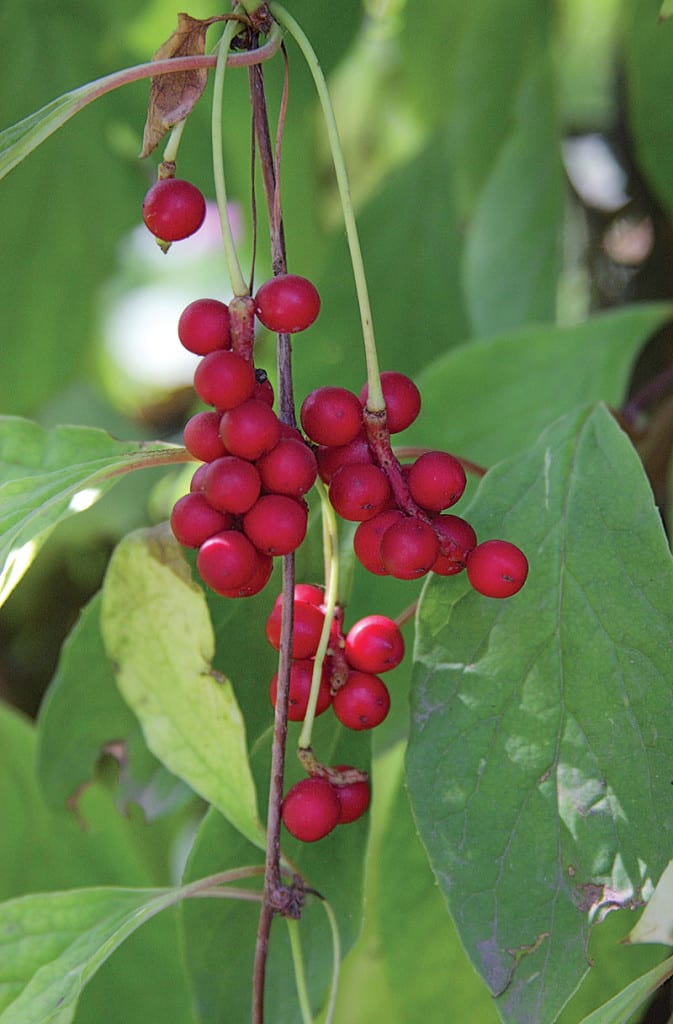 The Schisandra Berry, also known as Wu Wei Zi, is a berry known for it’s natural medicinal usage and valuable scientific compounds. The berry’s core compounds are based off of two main chemical agents, gomasins and schizandrins, which are lignans. These chemical compounds are known, through hundreds of years of Chinese medicine, to provide effective topical, as well as internal solutions for a variety of purposes in treating and promoting better health. Some of these include boosting the immune system, disrupting the aging process in a desirable, prolonging manner, and even serves as an anti-inflammatory towards promoting good health through recovery. In Chinese medicine the Schiasandra Berry is known as one of the most valuable natural remedies and fruits for improving both physical, as well as mental health, such as improving memory. In fact, the Schisandra has proven to help fight fatigue, and even serve as a sexual energy promoter among a multitude of consumers to-date. The Schisandra also helps reducing stress by minimizing stress hormones and re-balancing natural hormones within the human body.

Chinese athletes are known to rely heavily on the Schisandra Berry as it aids in an accelerated pace of physical recover (as an anti-inflammatory), but also increases energy, recovery time, and can even improve mood. The Schisandra can also improve balance and coordination if taken regularly, so it has understandably continued to become more and more popular for promoting good health across many Asian countries. With these benefits, as well as the ability to sharpen focus, it is not limited to it’s usage for just high-tensity sports, nor sports alone. Many everyday Chinese citizens rely on the Schisandra Berry in their diets for natural energy, and even to help prevent or promote recovery from any internal damage or illness from pollution. In addition to this, Schisandra has proven to be effective in the treatment of hepatitis (see Schizadrin C), as well as preserving and in some cases slowing down damage or illness to the liver.

The Schisandra Berry was introduced to the United States around approximately 1973, by a Chinese graduate student whom was growing farms, producing fruits and vegetables, and founded his own import/export business to pay for his way through college. Tso-Chen Chang started his business endeavors by first opening up a Chinese restaurant during graduate school, and soon after evolved his efforts into the farming production and import/export business as previously mentioned. From sprout businesses, to food distribution and vegetable trucking projects, Chang laid down the framework for a bolstering market growth of the Schisandra Berry. At nearly age 90, Chang’s mission appears to have been a success, as over 2,000 growers in the United State appear to be using the same methods in which he originally applied in the Connecticut River Valley. To-date, Chang still uses Schisandra Berry to improve and support his memory, energy, strength, and overall health and wellness. Today, Pioneer Valley is now known as the dominant brand for Schisandra Berries, and is U.S.D.A approved. With over fifty-acres focusing on Schisandra alone, the growth potential is evidently continuing to evolve to-date. As this was originally a fruit that was founded through traditional Chinese medicine, likewise was the growing methods in which Chang brought to the United States with him.