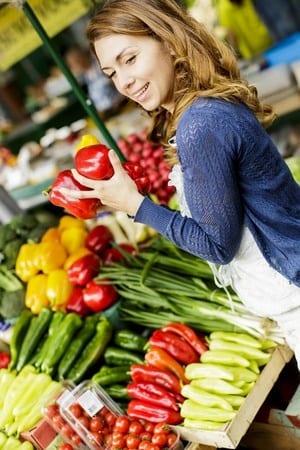 Vegetarians tend to spend more years on this lonely planet compared to their non-vegetarian counterparts, about 10 years to be precise. As per reports and studies conducted on vegetarians with respect to their eating habits, it has been conclusively established that vegans outlived the average meat-eating individual by approximately 8 years. Sociologists, anthropologists, nutritionists, and physicians were unanimous in averring that those subsisting exclusively on plant-derived diets enjoyed good health and improved quality of life.

Better health of vegetarians compared to individuals whose staple fares essentially include diets rich in animal-protein, is demonstrably attributable to a vegetable-based diet. It is no coincidence that non-vegetarians tended to suffer more from the grave lifestyles diseases in comparison to the vegans. A diet that is primarily comprised of vegetables, fruits, and plant-based foods can help keep the top killer diseases including cancer, stroke, diabetes, hypertension, and kidney ailments at bay.

One can stay in the pink of health by steadfastly sticking to dishes, soups and stews prepared from green veggies, lentils, pulses, salad and leafy vegetables. Cutting down one’s intake of red meats, eggs, and other animal-protein or animal-fat based foods and consuming more cooked or boiled vegetables significantly lowers the risk of contracting heart disease. Consumption of red meats like beef, mutton, and pork, eggs, and some specific proteinaceous food items rich in ‘HDL cholesterol’ appreciably increased the chances of one suffering a stroke.

Alternatively, partaking of foods that were loaded with fibers improved one’s health and enhanced one’s lifespan quite appreciably. Cancer, one of the most dreaded of all deadly diseases, continues to be more rampant amongst those red meats and animal proteins-based foods, which again is no happenstance. Medical researchers and oncologists keep on publishing papers and persistently maintain the existence of an inextricable and inevitable link cancer diagnoses incidences and red meats.

Toning down intake of processed red meats, on one hand, substantially reduces the probabilities of getting infected with cancer, and enhanced one’s lifetime on the other.

Another sound way of ameliorating your wellbeing is to partake of vegetables and plant-sourced foods that abound in minerals and nutrients. Eating whole foods like French beans, kidney beans, dates, legumes, and leafy veggies could prevent the occurrence of COPD (coronary obstructive pulmonary disease) and strokes to a great extent. People adhering to vegetarian diet for about two decades also are less likely to be afflicted and hamstrung by Alzheimer’s disease than those who’ve been thriving on meats, chicken, and fish.

Diabetes, especially the Type-2 variety, a lifestyle disease that is becoming endemic with every passing day, can be controlled and even reversed with vegetarian food. Vegetarians, tend to be slimmer than their meat-eating complements which also explain as to why their chances of contracting Type-2 diabetes are less than non-vegetarians. Kidney and liver related ailments are more and more linked to diets that were abundant in cholesterol, animal fats and animal proteins.

Incidence of premature deaths resulting from respiratory infections can be greatly lowered if the general populace consumed more of fruits and vegetables. Functioning of your immune and metabolic systems will be vastly boosted if you consumed minimal animal-based foods and embraced vegetable-base foods, thereby giving your health a shot in the arm.