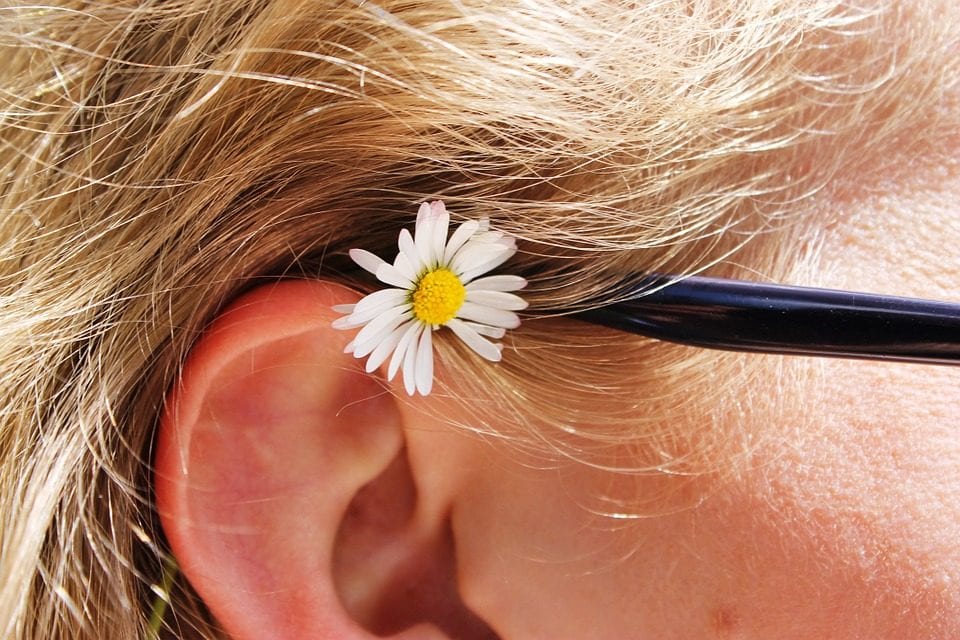 The auricle has as many nerve endings as the foot and palm. Thanks to this, auriculotherapy is one of the most effective methods of diagnosis and treatment.

The auricle can tell a lot about the state of our body as a whole and its individual systems. On its small surface there are about 200 biologically active points (60 of them are the most sensitive and used), each of which is associated with a certain organ and “catches” all the disturbances that arise. By influencing these points for a therapeutic purpose, one can influence the functions of a particular organ.

The connection of the ear with the whole body was noticed by people a few thousand years ago. In ancient Egypt, for the removal of pain stimulated certain areas of the auricle, and to prevent unwanted pregnancies pierced the auditory organ at certain points. Doctors of the Middle East and Arabia, Corsica and Sicily cauterized the auricle for the treatment of various ailments. Ancient Arabs by means of influence on an ear successfully consulted a lumboschialgia (pains in a loin and on a course of a sciatic nerve).

The founder of auricular diagnostics and therapy (the method of reflexotherapy based on acupuncture) as an independent type of treatment is the Chinese physician Sunni Sy Miao, who lived in the 7th century, who described the most significant points of the auricle. And the theoretical and scientific justifications of the method are due to the French doctor P. Nogier – he developed a topography of points and zones that are the projection of certain parts of the body: the spine, limbs, internal organs, sense organs and endocrine glands. His native word in the development of auriculotherapy was said by the domestic scientist R. Durinyan – having studied the connection of the auricle with the important structures of the brain, he significantly expanded the scientific basis of the method.

In auricular medicine, there are several ways to diagnose. An experienced doctor already at the first examination will tell you which organ or system has failed – according to the characteristic signs of certain zones of the auricle: redness, pallor, peeling, pigmentation, cyanosis, etc. But for a clearer and clearer picture, specialists “examine” biologically active points with the help of a special probe: a painful reaction when you click on a certain point will say that the corresponding body needs help. Or conduct electropuncture diagnostics, in which the electrical resistance of points is determined: the lower it is, the worse the condition of the organ or part of the body. The accuracy of diagnosis is 80-90%.

Some problems may occur when searching for the desired points. Since the shape and size of the ears in people are different (the experts number them up to 70 types), in some cases the points can be slightly displaced in comparison with their classical location and are not determined immediately. It takes a doctor’s skill to do it quickly, clearly and accurately.

Diagnosis of the auricle is of great importance not only for treatment, but also for prevention – it helps to identify early, only emerging pathology, when the disease has not yet declared itself in full voice. Obviously, coping with the disease at an early stage is much easier than treating it in severe or chronic form. Therefore, experts recommend that anyone who follows their health should undergo auriculotherapy two or three times a year.

The Secret of Healing

When treated with auriculotherapy, microneedles of different diameters are used: thin ones for mild irritation and thicker ones for strong ones. The therapeutic effect is that irritation of the auricular points changes the activity of the brain (mainly subcortical structures), and accordingly the regulation of the work organs and systems. This leads to desired and necessary  improvements at the physiological level.
But auriculotherapy is not only acupuncture in the auricle. The points can be influenced by other methods: electric pulses, magnets, copper plates, ebonite rods, laser, special metal balls (tsubo), massage.

The number and frequency of sessions depends on the degree of the disease. If chronic it can be enough one session a week, with a severe acute – it is necessary to appear at the doctor two or three times a week. In some techniques, the following treatment regimen is practiced: diagnosis, five daily sessions (taking into account the effects of up to 5 points per session), again diagnosis followed by correction. The duration of the session is 15-20 minutes. Sometimes a doctor can leave needles at certain points for several days, sealing them with adhesive tape. Often patients feel the effect after the first session. Some people may experience side effects during the session: fever, lumps, headache or dizziness. To enhance the effect, the doctor can combine auriculotherapy with other therapies – phytotherapy, homeopathy, massage and even hirudotherapy.

However, in some cases, the auricle massage can be successfully done by oneself. At different times of the day, he helps and cheer, and relax, and relieve fatigue, and calm down after stress or conflict.

To quickly wake up in the morning, rub out the ears with the palms of the hands up and down – first slowly and lightly, then faster and more intensively. Then, with your thumb and forefinger, pull the tip of the lobe down and release it sharply. After this, mash the lobule with light circular motions and fold it several times in the tube from the bottom up.

For a good sleep, massage of the upper part of the lobe (a zone in the fleshy part where the lobe gradually turns into solid cartilage) is useful – press this place clockwise for 3-5 minutes. This massage is also a good sedative after a conflict or stressful situation.

If during the day you feel sluggish or tired, massage the earlobes and the tragus several times (a small cartilaginous tubercle from the side of the face). Fatigue of the eyes will relieve pressure on the center of the lobe.

And now about how to provide yourself with “first aid” for various diseases. All points of internal organs are located in the central recessed part of the auricles. If you have stomach, liver, heart, lungs, kidney problems, massage the area intensively with your middle or index finger. In case of toothache, massage for 5-7 minutes the upper edge of the ear from which the tooth is located.

Do not worry if the right point is found incorrectly and the massage is not effective – in any case it will be harmless. However, you do not need to wait for him and a miracle: he, of course, will lead the body to tone and help relieve pain. But if the illness already persistently reminds of itself, it is better to turn to a specialist – he will definitely find the point and work with her correctly.

With the help of auriculotherapy, the diseases of the nervous system, respiratory organs, gastrointestinal tract, gynecological, skin, urological diseases and others are treated quite successfully. Also this method helps patients to struggle with excess weight, get rid of alcohol and tobacco dependence.

At the same time, there are contraindications: you can not excite the auricular points during attacks of bronchial asthma, angina pectoris, with acute myocardial infarction, with inflammation of the auricle.
Experts advise to regularly inspect and feel the auricle – in front of a mirror or with someone’s help. If you see redness, pallor, skin peeling, ulcers, or feeling pain when you click on a point, know that the organ that is projected into this zone signals help – the mechanism of destruction has been started. Do not delay the visit to the doctor for more accurate diagnosis – in most cases all these visible changes appear earlier than the clinical manifestations of the disease.