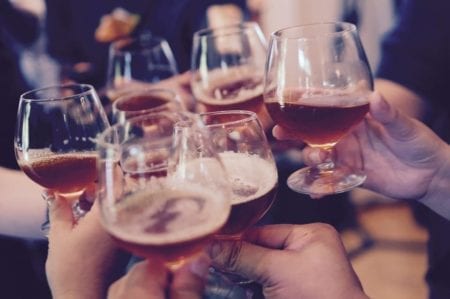 An addiction to alcohol abuse, which is inherited, exists. It lies in the genes that are responsible for the metabolism of ethanol in the body and which control the neuropsychic functions of the body.

But do not argue that if one of the parents was an alcoholic, the child will also become one. Such a statement is not true, because in addition to genetics, a person’s character and his ability to resist temptations play an important role.

In addition, it is worthwhile to examine in more detail the issue of heredity of alcoholism. Yes, children of parents who drink are really more likely to suffer from alcoholism in adulthood, but this is not an axiom.

The inheritance is not transmitted by the love of alcohol itself, but by the peculiarities of the psyche: a tendency to aggressive behavior, depressive states and everything that contributes to the development of alcoholism.

Scientists have discovered an interesting fact: the level of addiction to alcohol can depend on the race of a person. For example, representatives of the Mongoloid race very rarely suffer from alcoholism, because they do not enjoy drinking.

The results of many studies showed that children who were aggressive from childhood, suffered from mood swings, often had alcoholism in the future. Therefore, if you notice such inclinations in time and work on the character of a person, you can avoid harmful addiction in the future.

So, children of alcoholics do not necessarily become alcoholics in the future. But it will obviously be harder for them to resist the temptation to drink.

And it is not so much a matter of genetics as a model of behavior that they have been laying down since childhood. To break the vicious circle, you need to be a really strong personality. There is always a chance to build your own life without harmful addiction, you just need to be able to use it.

Insomnia in Children and Adults

Ways to Rest When You Have No Time

Simple Ways to Remove Sugar from Your Diet

Top 8 Migraine Triggers and How to Deal with Them