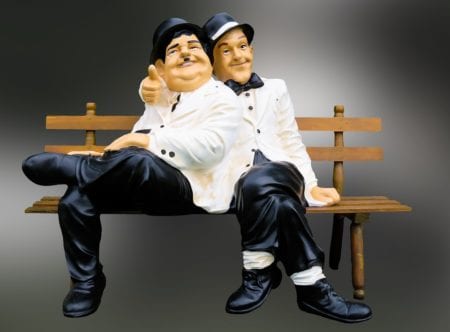 Our brain is a great mystery, which until now has not been solved by scientists. Nevertheless, the best minds of mankind have found out what habits prevent him from working productively, reduce cognitive abilities and imperceptibly for us make us “stupider”. So from what it is necessary to refuse to act effectively?

12 worst habits for your brain

1. Sleeping in the wrong position

Are there any bad positions during sleep? Of course, scientists are sure. For the health of the spine it is useful to sleep on the side or back, and for productive work of the brain – with good oxygen access. When you dive under the blanket with your head, the oxygen supply to the lungs decreases, while the concentration of carbon dioxide rises. Given that oxygen is key to maintaining brain function, its deficiency can contribute to cell damage.

Life in the big city, despite the obvious advantages, badly affects the intellect. All the blame – pollution of the environment. Scientists from the University of Toronto found that people living near busy roads, 12% have a greater risk of dementia compared to those who live in a remote location with the best environmental performance.

2. Often break the regime of the day

“A day for work, and a night for sleep” – the observance of this rule positively affects thinking processes. During the night rest the brain actively works, digesting the received information and laying it “on the shelves.” A short, superficial sleep disturbs this process, which negatively affects a person’s ability to learn new things. The concentration decreases, attention suffers, there are problems with memory.

If you want your brain to work at full power, you should stay away from eating high in salt. Studies conducted in 2014, the results of which were published in Neuroscience, showed that under high blood pressure (especially in hypertension), the heart beat, vessels and brain are the main blow. Reduced blood flow to the brain, damaged blood vessels, which helps to reduce cognitive abilities. Approximately the same processes, according to researchers, occur when salt food is misused.

The best thing a sick person can do for a company is to stay at home and not infect others. A firm position in this matter will help to maintain brain health. When the body throws all the resources on the fight against bacteria and viruses and overcoming the painful condition, it can not work as effectively as in the normal regime. If you are straining and making him, despite everything, enter the working rhythm, this is fraught with damage to the brain in the future. 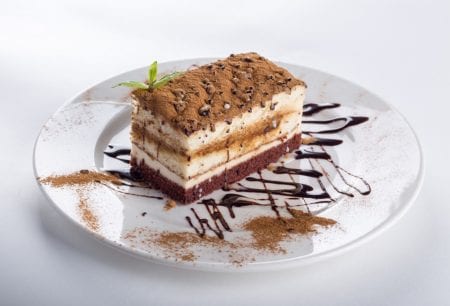 The one who starts the morning with sweets does not act wisely. Studies published in the American edition of Neuroscience show that a diet high in sugar contributes to a significant reduction in cognitive functions, including worsening short-term and long-term memory. In the risk group were even people who drink orange juice in the morning. And all because in 350 ml of orange juice from the store – 33 grams of sugar!

Lack of sunlight can also put the brain work under attack, as it increases the likelihood of depression and, as a consequence, a decrease in cognitive functions. Scientists from the National Institute of Health, the United States found that sunlight affects brain productivity, contributes to its effective work. So if the work does not argue, take a walk in the fresh air or open the windows wide open, letting the sun in your house.

7. Quench your thirst with soda

In addition to the huge amount of sugar or its substitutes, and, consequently, the “extra” calories, carbonated drinks can contain a dangerous supplement E 443. Under this labeling, there is a stabilizer – brominated vegetable oil. In moderate amounts, it does not harm health, but if you eat foods with it for a long time, this substance accumulates and can cause nerve disorders and memory impairment.

8. Start smoking at an early age (and not only!)

Having dependence on nicotine at any age is dangerous for health. But the one who started smoking in his youth may suffer more. Studies at the University of California at Los Angeles have shown that the longer adolescents smoke and the higher the dependence on nicotine, the less active is the prefrontal cortex responsible for the enormous number of functions. In this case, even if you started smoking in adulthood, going out for a smoke break during the day with time will lead to a decrease in concentration and attention, a decrease in the ability to memorize.

Drink alcoholic drinks to “relax”, “to improve your health”, or to mark an increase, possibly fraught with deterioration of brain functions. If you do this often, memory will sway false memories and may have problems with the formation and growth of brain cells, – experts of the National Institute of Alcohol Abuse and Alcoholism, USA, are sure.

Not only the passion for alcohol, but also coffee can be a bad service! According to research published on the pages of the journal Neuropsychopharmacology, too much coffee in the diet can lead to an increase in the number of adenosine receptors (make us feel tired). The body will require more coffee to “cheer up,” while drinking alcohol will lead to headaches and withdrawal syndrome. Specialists of Mayonna Clinic recommend not to drink more than 4 cups of coffee a day.

Regular physical exercise not only strengthens muscles, but also increases mental abilities. During exercise, the production of protein hormones, which are produced in the hypothalamus and the hypophysis, is stimulated. They, in turn, improve memory and make us more focused and attentive. A total of 12 minutes of medium-intensity load per day improves cognitive function and provides energy.

During the communication with the surrounding people in the brain new neural connections are formed. That is why the habit of “ignoring” can hurt. A person who does not have the need for communication limits his own development.

According to the University of Michigan, the United States, people of all ages who are actively communicating with and interacting with others, show better results in cognitive tests than those who do not talk about their souls and do not share news with relatives and relatives. Moreover, even 10 minutes of active communication per day can give the person many benefits!

12. Listen to music at maximum volume

Listening to music at headphones at the maximum volume does not only damage the person’s hearing, but also the work of the brain. Scientists have identified a link between hearing loss in the elderly and damage to the brain tissue. Researchers at the Institute for Hearing Improvement in the United States suggest that they are triggered by brain-to-brain transmission due to the fact that hearing devices do not work at full capacity, so more effort is needed to recognize and process the information.

You want to make sure that you do not overload your hearing, keep your device’s volume at 60%, and pause listening tracks every two hours.

Be healthy! Educate yourself only useful habits!