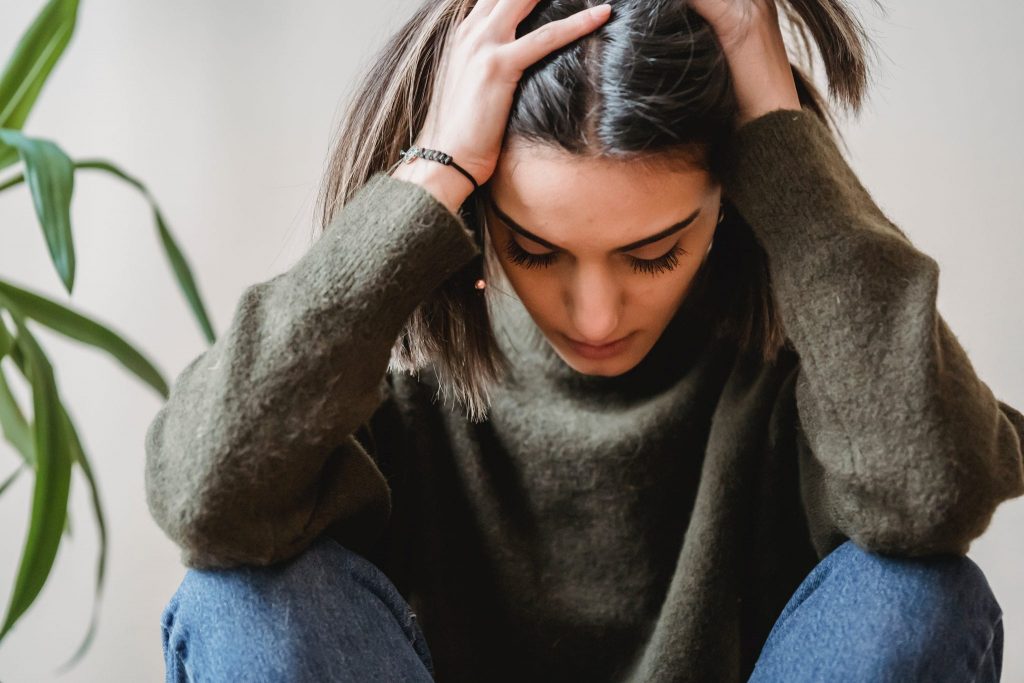 A characteristic feature of migraine is a severe headache, which usually occurs on one side, but also sometimes appears near the temple, forehead, or around the eyes. Migraine should not be ignored.

In addition to pain, a variety of other symptoms can occur, such as hypersensitivity to light, noise intolerance, nausea, and vomiting.

Unlike headaches, migraines only get worse over time and can even lead to exhaustion.

In fact, according to the World Health Organization (WHO), migraines are among the 10 diseases that most often deprive people of their ability to work.

In some cases, the pain can last up to 72 hours and does not go away under the action of painkillers.

Although it is not known for sure how migraine develops, it is believed that it is associated with hormonal changes that lead to the narrowing of blood vessels.

1. Causes of migraines: you eat while working

You may try to eat regularly at home or in the dining room, but sometimes too many things force you to eat and do other tasks at the same time.

This is associated with increased headaches and other migraine symptoms. Obviously, the brain is distracted, leading to a decrease in serotonin hormone.

Both excessive and insufficient sleep can cause health problems. When the body does not get enough sleep, it is unable to perform many of its normal functions during rest.

The problem is that not only will you lose concentration, but you will also experience severe fatigue and migraines that may prevent you from doing your daily chores.

The same happens when a person sleeps too much because it changes the natural rhythm of the body.

Although the least attention is paid to this factor, the diet is very closely related to constant migraines.

Improper diet is one of the main causes of migraines and exacerbates symptoms such as fatigue and sensitivity.

Fast food, fried foods, and processed foods can cause adverse reactions, both physical and mental.

Sodium glutamate, a flavor enhancer found in some salt, soups, and Chinese foods cause inflammation in the body that also leads to migraines.

4. Pungent odors can cause migraines

People with persistent migraines often suffer from relapses when exposed to an unusual or pungent odor.

Perfumes, air fresheners, and some daily chemicals can cause this reaction.

5. Changes in weather or climate

Sudden temperature changes sometimes cause various reactions in the body, including a weakened immune system, colds, and headaches.

The transition from a warm to a cold environment, or vice versa, can also cause migraines.

Tension and stress are the main causes of this effect. Migraines can also occur after sun exposure.

Many people may not be aware that weight problems sometimes lead to migraines.

Both overweight and obesity increase the risk of cardiovascular disorders and other problems with the body.

Because weight abnormalities are a major cause of circulatory disorders, it is not surprising that they also affect migraines.

Excessive alcohol consumption can increase migraine attacks by up to 30%.

Ethanol, one of the components of alcoholic beverages, dehydrates the body and causes fluid imbalance.

As a result, there may be problems with circulation, which will reduce the amount of oxygen that enters the brain and cause severe headaches.

You can receive the tools needed to cope with daily stressors without the use of alcohol. Advantage Mental Health Center takes a holistic approach to provide an individualized treatment plan to help you overcome alcohol addiction.